I have at all times endeavoured
to look steadily at my subject.

Poetry thrives online. There is no better place to publish your poems if you want them to be widely read.

Register and log in to create a personal blog where you can publish and discuss poems with other Poetryexpress members.

alliteration
Repetition of the initial sounds of words: "dapple-dawn-drawn Falcon."

apostrophe
Language addressed to a person, animal, object, or other entity that is not present. See Talk to Animals (and Stars)
.

And I have felt
A presence that disturbs me with the joy
Of elevated thoughts; a sense sublime
Of something far more deeply interfused,
Whose dwelling is the light of setting suns,
And the round ocean and the living air,
And the blue sky, and in the mind of man;
A motion and a spirit, that impels                             100
All thinking things, all objects of all thought,
And rolls through all things.

caesura
A significant pause within a line, often indicated with punctuation:

All nature is but art, unknown to thee;
All chance, direction, which thou canst not see . . .

enjambed line
A line of poetry that is run on to the following line without any pause:

Then, sometimes, in that silence, while he hung
Listening, a gentle shock of mild surprise
Has carried far into his heart the voice
Of mountain-torrents; or the visible scene
Would enter unawares into his mind
With all its solemn imagery . . .

Lines 18-23 from "There Was a Boy" by William Wordsworth.

end-stopped line
A line of poetry that ends with a full stop, usually with a punctuation mark:

All nature is but art, unknown to thee;
All chance, direction, which thou canst not see;
All discord, harmony, not understood;
All partial evil, universal good . . .

figurative language
Language that is used to imply or suggest a literal meaning, often by way of comparison. sometimes called figures of speech.

foot
A unit of stressed and unstressed syllables, used to establish a  meter.

free verse
Poetry that does not use traditional meter or rhyme.

metaphor
A figure of speech that associates one term with another. If we say, "Time is a river," we're noting a correspondence between the two.A metaphor has two parts: a tenor and a vehicle. The tenor ("time") is the literal subject of the metaphor, and the vehicle ("river") is a figurative reference to which the literal subject is implicitly being compared. See Follow a Metaphor.

rhythm
The overall pacing and tempo of a poem as it is read. The poem's meter plays a role, but other factors such as sentence structure and emotional intensity also influence rhythm.

rhyme
Repetition of both vowel and consonant sounds: "dapple-dawn-drawn Falcon."

scan
To mark the meter of a poem by identifying patterns of stressed and unstressed syllables.

simile
A figure of speech that makes an explicit comparison. If we say, "Time is like a river," we're noting a correspondence, as in a metaphor, with the crucial difference that the comparison of a simile is made explicit, by use of the word "like," or in some cases the word "as."

synecdoche
A type of figurative language which uses a part to refer to a whole, for example, using "wheels" for "car," as in, "I need some new wheels."

verse paragraph
Line groups of irregular length, which function much like paragraphs in prose.

villanelle
A nineteen line poem with five three line stanzas and one concluding four line stanza. The stanzas feature an intricate pattern of repetition, as illustrated in Theodore Roethke's "The Waking" and Dylan Thomas's "Do Not Go Gentle Into That Good Night." 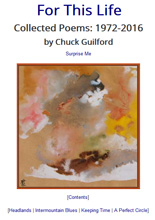 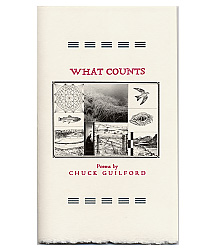